Artistic Journeys in a Northern Community

Creative Paths explores how Prince George, a community in the heart of British Columbia’s dense forests, managed to forge and cultivate a thriving art community in relative isolation. Through the eyes of the city’s grassroots cultural organizations and people of the past and present, Creative Paths examines how the city’s culture began and evolved, how the Community Arts Council (CAC) was founded, and how the CAC supports arts and culture today. Despite the struggles of rural cultural stigma placed on Prince George by influential urban centres and the flawed “blue-collar” perception of the city itself, Prince George’s artistic community has survived through the passionate dedication of local people fanning the fires of a cultural renaissance which will, hopefully, motivate and fuel generations of Northern artists to come. 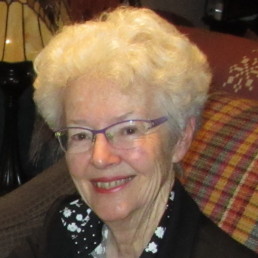 Noreen moved to Prince George with her parents Bea and Garvin Dezell in 1946. She has always had a strong community volunteer commitment largely due to the influence of her parents who worked tirelessly for the betterment of the community. Noreen has been married to her husband Jim for 61 years; they have three grown children, four grandchildren and one great grandchild. Some of the family still live in Prince George, strengthening her commitment to shaping a better community.

She received Master Weaver certification in 1986 from the national weaving organization The Guild of Canadian Weavers. At that date she was only the 14th person to receive this accreditation since the inception of the program, and subsequently she became a test examiner.
Noreen received a life membership in the Prince George Weavers’ & Spinners’ Guild for her ongoing support of the group over a period of 20 years. (she served on most executive positions and as president on three separate occasions)

In 1996, Noreen became one of the founding directors of the Prince George Community Foundation. She served two years as director in charge of marketing and fund development, two years as vice president, three years as president, and is continuing to serve as advisor and volunteer. This organization has become a passion for Noreen who sees this work as helping citizens create a lasting legacy that will benefit our community now and in the future.

“There’s space for different, new types of arts. Your chances are much better here.”

Danny Bell is a musician, singer-songwriter, and live-music promoter currently living on unceded Lheidli T’enneh territory in Prince George. Originally from Minnesota, he came to PG in 2009 to attend UNBC and wound up loving northern BC so much that he stuck around. He operates Mad Loon Entertainment when wearing his promoter hat, primarily organizing shows at the Prince George Legion. Mad Loon works with artists from across Canada to bring great music to our community and provide spaces for local artists to connect with audiences. Danny also writes his own music under the name Danny Bell and His Disappointments. The songs in this project speak to his experiences living in northern BC, exploring the different perspectives this place brought to his life. Danny is also a percussionist, backing up artists like Black Spruce Bog, Kym Gouchie, Saltwater Hank, Children of the Wave, Folky Strum Strum, Wax Mannequin, and Amy Blanding. 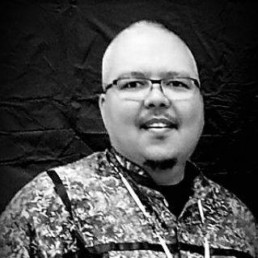 “Art is a reflection of the soul.”

Walking this journey as an artist, Clayton Gauthier has learned a lot about himself and the arts. His bloodline is Cree and Dakelh, and the art he produces revolves around the traditional teachings that he has learned from his Elders, the Spirit within, and our Mother Earth. Throughout this art journey, Clayton has completed many logos, murals, drums, rattles, carvings, tattoos, digital-art, and is the author of the published children’s books “The Salmon Run” and “The Bears Medicine”. Clayton has made “Art” an active part of his life.; artwork in his life gives him a feeling of serenity that nothing can replace. 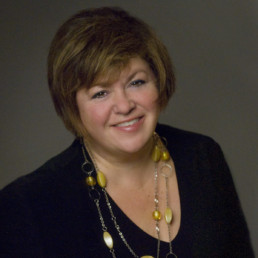 Judy achieved her Royal Academy of Dancing teaching Certificate in 1987 and has trained highly successful ballet students right up to the prestigious Solo Seal examination. Judy holds her Grade Nine Pianoforte from the Toronto Conservatory of Music and has sung in many musicals and choirs. Upon graduation from Matthew Mcnair Senior Secondary Richmond BC, Judy was honoured to receive the first Fine Arts scholarship awarded for theatre in that school. Judy’s formal music and dance training came from Vancouver B.C. teachers Josephine Slater and Ellen Andrews of Canadian Dance World, teaching mentor Lynette Kelly, as well as her mother Bunny Murray (a career RAD ballet teacher since the mid- fifties) and father Alex Murray (lifetime choral director and musical-theatre conductor). All the wonderful teachers and workshops which helped to educate Judy are truly too many to list.

Judy has spent most of her life either on stage, preparing others to perform, adjudicating for companies and festivals across Canada, or watching live entertainment from a seat in the audience. She is a woman of diverse talents, but perhaps her single most important attribute is her ability to teach and inspire performers of all ages.

Judy has mentored many young studio owners and teachers as well as sending dozens of young talented people out into the world of the performing arts. From Classical Ballet Dancers to Cirque performers to Stuntmen and Professional Technical Engineers, Judy’s students have been wonderfully successful. She especially loves travelling to different communities to teach and share her love, passion, and knowledge of life and the performing arts.